A roundtable discussion organised as a part of an Industry Forum on Contract Archaeology under the auspices of the COST Action Archaeological Practices and Knowledge Work in the Digital Environment (ARKWORK) in January 2019 in Graz, Austria highlighted the large differences in contract-based archaeological work across Europe.

The participants of the discussion represented a broad number of European countries and different types of archaeological actors from contract archaeologists to educators and researchers. A common interest in the group was to learn more about local circumstances and practices relating to contractual work in archaeology. In some parts of Europe, contracted work has been an established part of archaeological practice since 1990s whereas in many countries, including Serbia, Israel and Greece, there is no or very little work that is contracted to private actors. In some countries, even if the work is not contracted as such, archaeology professionals engage in development-led fieldwork that is highly similar to what contract archaeologists are doing in other countries. In such cases, even if the archaeologist is employed by a public authority, the organisation of the work and the relations with the stakeholders remind of contracted work.

Quality is not (only) speed

Rather than conceiving data as an outcome of contract archaeological work, the group underlined that the ultimate goal of contract archaeology should be good research. Contract archaeologists should not be the ones to provide data for others to execute whatever research that can be done with the data but the ones to do the research as well. However, due to financing and a large number of small projects with funding available for only fairly superficial reporting, sometimes it is not possible. In this context, there is not enough time to put the individual observations in a wider context. But sometimes there should be room and financing to bring all these little pieces of the puzzle together to make a synthesis. In larger projects, there is more often room for actual research and publishing the findings, for instance, in a journal article.

The participants noted also that a major challenge for contract archaeology are the economic conditions of the sector, low salaries and the irregularity of income both on individual and organisational level. This leads to that contract archaeologists often need to focus on keeping “nose above the water and surviving economically”. A major repercussion of the emphasis of economic constraints is the inclination to narrow down the extents of the perceived role and responsibilities and the level of ambition of what contract archaeology should be all about. Instead of emphasizing that the aim should be good research, a financially difficult situation gives incentives to perceive that the role of a contract archaeology unit should be much more limited – which is, in the long run, detrimental to the whole sector.

From an educational point of view, the participants underlined the importance of contract archaeology specific skills. It would be important to help archaeology students to better understand the ramifications of working on contract and training in skills and a mind-set that is needed in contracted projects. An important part of this process is to understand contracting as a process, stakeholder value and how to reach an acceptable trade-off between scholarly, economic or practical requirements – including those of entering contracts that are acceptable for contractors themselves. These skills and knowledge are different from the often very academic framing of archaeological work in typical curricula.

At the same time, however, referring to the importance of conducting proper research rather than mere data collection, the participants noted also that a contract archaeology unit should employ individuals with postgraduate research education and experience to be able to deliver and sustain a high level of research output.

The group noted also that contract archaeology can remain invisible in the context of development projects. An archaeologist stays easily as one of the companions of the construction machines rather than an expert with a very important role for the community and society at large. Contract archaeologists should not only conduct excavations, do research and publish it for the archaeological community only. It is important to direct communication also to the general public but also, to have a specific strategy for engaging with the public. In Sweden, a requirement of a public engagement programme is incorporated in national guidelines as a part of the contract archaeological work but many other countries lack similar incentives to involve the general public. In addition to a resulting lack of knowledge about on-going archaeological research, the participants noted that the lack of proactive communication has led to problems with archaeology related dis- and misinformation, and spreading of pseudo-scientific theories.

There was a broad consensus in the group that the public communication does not have to be especially time-consuming or require specialized technologies. Replying to audience questions, writing brief notes on major findings and framing contract archaeology work as a narrative worth telling to the public can be enough. The lack of interest from the side of the general public is seldom a problem nor making the practical aspects of fieldwork appealing enough.

The author would like to thank all participants, who remain anonymous in reporting, of the roundtable session. This report is based upon work from COST Action ARKWORK, supported by COST (European Cooperation in Science and Technology). 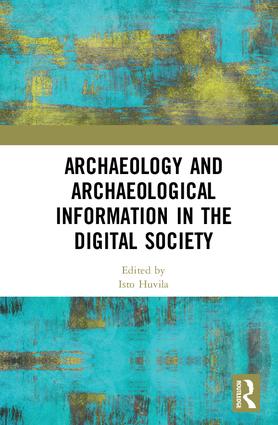